Over 10 years we help companies reach their financial and branding goals. Maxbizz is a values-driven consulting agency dedicated.

Evolution of the role of a CIO through the pandemic

At the beginning of March 2020, Patricia suggested that all 2,600 employees should now work from home. The decision how-much-ever necessary was a tough one to pull off and raised many eyebrows within the company. But Patricia was ready with a roadmap to make the remote work model work. Patricia has been a CIO at this large FMCG company for the last 6 years. But it’s only recently that both the organization and Patricia have begun to unfold the true potential of a CIO’s role.

She is not just shaping the future of work, she is redefining the role of a CIO and writing new rules in collaboration with the leadership.

This scenario is not unique. CIO – a role that emerged in the early 1980s, much later into the org structure than their counterparts, has begun to position itself with unique significance in the organizations, across industries.

The outdated rules defining the roles and agenda of a CIO do not apply anymore and to the organizations where they do, it’s going to be a tough road to the future.

How has the role of a CIO evolved through the pandemic? Is the pandemic-era CIO able to mould the organization’s agenda to drive effective data driven decision making?

The role of a CIO has certainly evolved, but how and how much?

From being a back-office leader to growth partner

From “Let’s do these 10 things to support business goals.” To “Need your point of view on the established business goals?” – CIOs have bagged a thought leader’s seat on the table.

According to a Deloitte survey of 500 technology and executive leaders, CIOs can expect CEOs and other members of leadership to ask more of them in the coming year. Today, CEOs look up to the CIOs to nurture innovation and drive revenue-generating ideas.

When Patricia presented the idea of complete shutdown of offices and work from home models, in the early days of the pandemic, she had to answer many questions – How do you plan to make this work? How do you suggest similar or better levels of collaboration amongst teams? How do you ensure that people have access to information as and when they need it? Will the new solutions fit the organization’s budgets?

Patricia might not have had all the answers right away, but she had begun her homework and she had a blueprint.

At the end of the day, CIOs have the responsibility to help companies with advanced digital transformation, i.e., from planning through implementation to adoption. If they are not up to speed there, in all probability, the role of a CIO would become synonymous with that of an IT leader of a CIO and would become redundant with time.

The question a CIO must ask themselves today – Am I leading in silo am I partnering in growth?

From managing technologies to managing systems

The questions have evolved from “What tech infrastructure are we investing in, given the business goals?” to “How are we driving tech adoption across the enterprise and how does that impact business goals?”

Yes, gradually the difference between an IT leader, a CTO and a CIO is becoming clearer to the organization. They are understanding that a CIO doesn’t require to be hands-on with the technologies being implemented.

Rather their role is more about working in tandem with their counterparts including CTOs, CMOs and CHROs to ensure that people interact with technologies at expected levels and beyond. And that business agendas are at pace with the pace of digital transformation.

In brief, it’s about moving from ‘What’ to ‘How’ and ‘What now’ to ‘What next’, when it comes to the evolution of the role of a CIO.

All points considered, the role of CIOs working through the pandemic must evolve into more of an educator of technology.

The future of the CIO is defined as one serving the multidisciplinary function of making success happen. That would mean their interaction is not just limited to IT teams, rather it extends to every individual in the organization including the end users of the technology.

Their holistic solutions will define what technologies should CTOs focus on, how CHROs would define hiring roadmaps, how CMOs will design communication strategies and the like.

CIOs are enabling organizations to shift orbits while keeping control of its axis.

Write to us for more information @ beagle@decisionpoint.in

3 skills every CIO should have to succeed in the post-covid world.

Spoiler Alert !! Your BI reports are being read by no one. 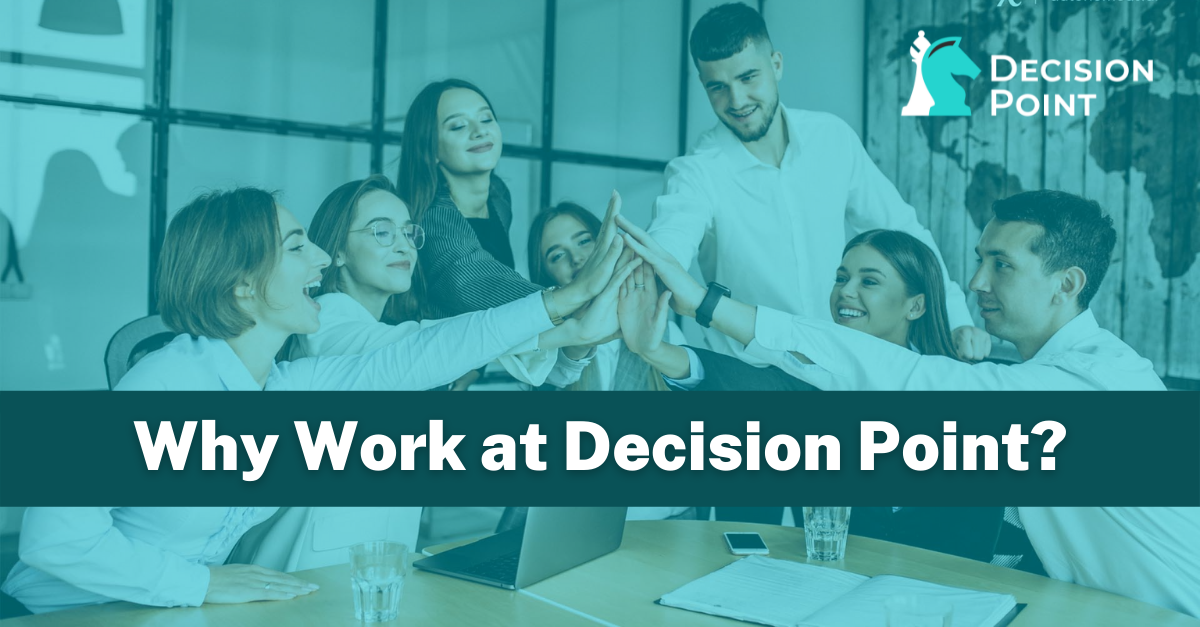 Why Work at Decision Point?